This is a summary of my YouTube Video, to watch the full piece, head to the link posted at the bottom of the post.

The ZV-1 has tons of features that I don't personally use or even care for, but I use the camera quite a bit. It's my main video camera and I've been filming all of my YouTube videos with it.

So instead of a review, we'll just talk about some feature that matters to me, and how it works in scenarios like YouTube videos, talking heads, B-roll clips etc.

If You Call It A Vlogging Camera One More Time...

The Sony ZV1 was advertised as a vlogging camera, and pretty much every single video out there treats it like that. And that is the main issue here. More on this later.

It has a somewhat wide-angle lens, eye-tracking autofocus, a built-in ND filter for shooting outdoors and a somewhat decent microphone with a dead cat adapter included. On paper, the specs sound great.

However, like other videos, reviews and posts have pointed out already, the ZV1 is not a good vlogging camera, It has a 24mm ish equivalent wide-angle lens, but when you enable the active image stabilization, it crops even more into the frame, which means using this as a vlogging camera is very inconvenient.

You need a small tripod or grip to be able to extend the camera further away from you so you can fit in the frame, or spend additional cash buying a wide-angle converter or adapter to make the frame just a tiny bit wider. This is just silly.

The active stabilization is pretty decent in my opinion, it's noticeable when you compare the footage side by side, but again, I don't vlog, I don't walk and talk, this is not a priority for me, I don't care for it.

The included deadcat is a good addition, keeps it small and light, and if this is all you have, then it will do just fine. However, the audio is terrible when you do not handhold the camera less than a meter away, to hear the sound comparison, watch the YouTube video linked at the bottom of the post.

You CAN get good results from the ZV1. However, the way the camera was advertised is what makes the whole thing feel silly. THE BEST VLOGGING CAMERA. The cons of the ZV1 in that specific category that they chose to advertise it in, are too high. Why would you advertise the main weakness of the camera and try to sell it as the main strength? 🤷🏻‍♂️

That being said, what happens if you don't vlog? If you don't walk and talk? Well, the camera becomes a lot more appealing.

Shooting In A Controlled Environment

This is where the camera shines in my opinion. Set it on a tripod, disable the active image stabilization, actually light the subject or the set properly, fine-tune your picture profiles and HDR settings, and you can get pretty good results.

The eye-tracking autofocus is incredible, I feel confident enough to shoot in f1.8 and I know that the tracking will work just fine, no real softness issues or constant hunting between focal planes, it just works.

The tally light is great, that way you're certain that the camera is rolling, and a flip LCD screen is also a good addition, this way you can see what the frame looks like and if the eye-tracking is working as well.

Even in a controlled environment, the microphone is just mediocre at best, it might give you somewhat okay results when you hand hold the camera less than a meter away, but not for this, So I definitely recommend getting a microphone as well.

Sony recently announced the ZV-1 successor, and even though on paper it looks good, in practice it's another confusing release from Sony.

To try to get the widest frame possible, you need to buy the Sony 10-18mm lens, this lens is very expensive, and the OSS is not as good as the Active Steadyshot inside the ZV-1.

So very quickly we can disprove the illusion that the ZV-E10 is "the same price" as the ZV-1. But once again, If you're not vlogging, walking and talking, and hand holding the camera all the time, then perhaps this can be a good option for controlled environments.

I still think the ZV-1 is the better bang for the buck and great for people starting out, or on a budget. Use my affiliate links if you're interested in picking one up: Amazon 🇨🇦: https://amzn.to/37vl8rj | Amazon 🇺🇸: https://amzn.to/2WSlBBP

For the full piece including the internal audio samples, Rode NTG comparisons and active stabilization examples, check out my YouTube video right here: 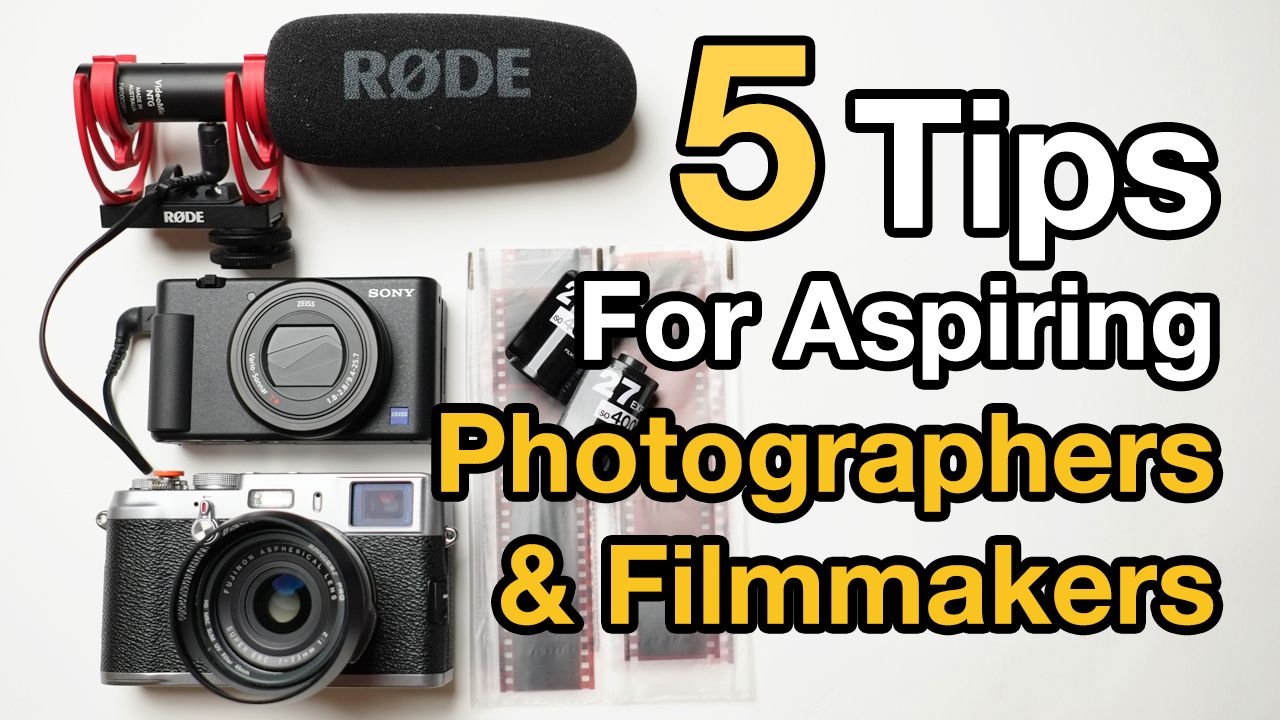 This is a summary of my YouTube Video, you can watch the whole piece linked at the bottom of the blog post. We have talked quite a bit about camera gear on my YouTube channel and this website as well, from the most affordable entry-level disposable film cameras to the 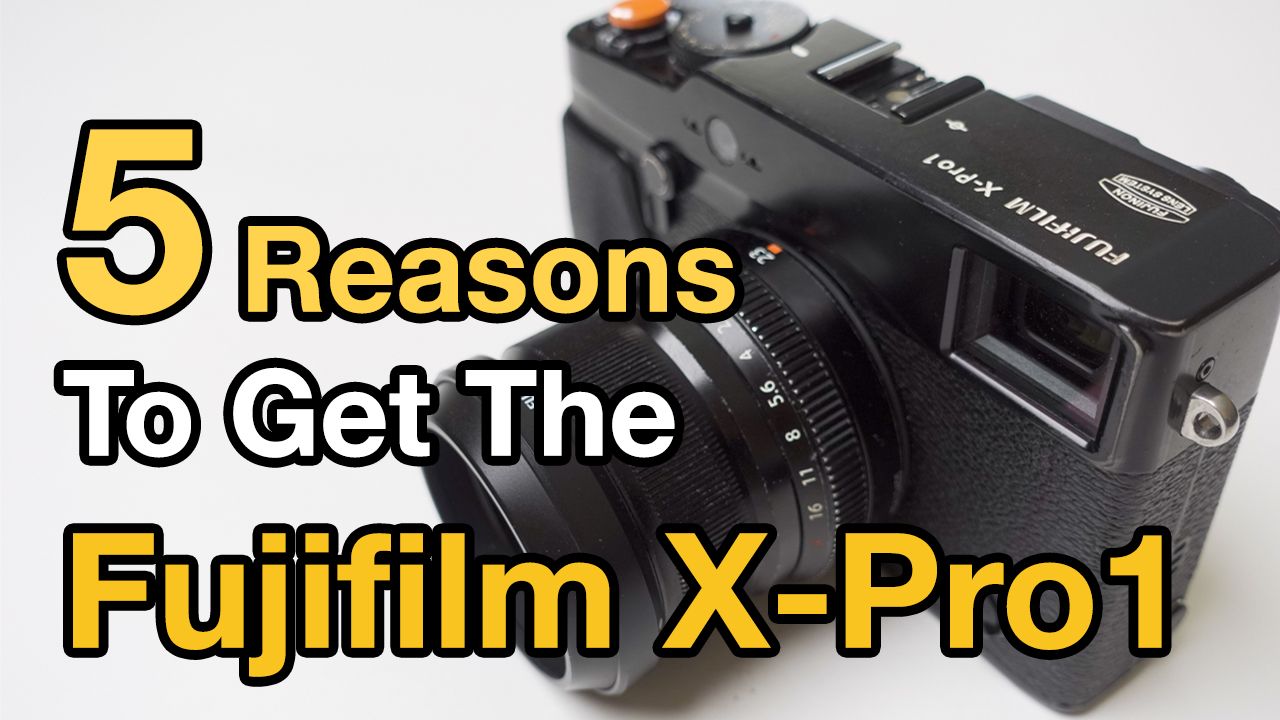 5 Reasons To Get The Fujifilm X-Pro1
Paid Members Public

This is a summary of my YouTube Video, you can watch the whole piece linked at the bottom of the blog post. Yesterday's flagship camera is today's best bang for the buck, but the X-pro1 holds its own weight against time. This is not a review, I already made a

The Day You Became A Better Photographer, Filmmaker, Artist.

Top 5 Aspects Of Street Photography I Think About When Shooting

Why I Downsized My Camera Package - The Paradox Of Choice

The Importance Of Reward In Creativity