We are all constantly searching for the best magical way to improve our craft, the best hack, the fastest shortcut, maybe were into photography, writing, filmmaking, painting, sculpting, you name it.

Improving your craft and growing as an artist can be straightforward, you have to do it to get better and the more you do it the better you get at it. However, that does not mean it's easy. If it were, every single person would be the best at every single thing.

Maybe you have heard of the 10,000-hour rule by Malcolm Gladwell. But in case you haven't let me summarize it.

In his book, Outliers, published in 2008, Malcolm Gladwell talks about how 10,000 hours of deliberate practise are needed to become world-class in any field.

Since the book was published, many people have taken a stance regarding this principle, many agree with it, and many say it's too broad and impersonal. And in a way both sides are correct.

The principle seems to hold up when it comes to repeatable tasks like chess for example:

In chess, there are suggested ages to start, timelines for becoming a professional, and even charts and graphs that measure it.

But, we cannot say the same about creative endeavours, things like illustration, dancing, photography, there's no timeline for that, there's no preset for the number of hours required that can be applied to every single person out there.

Therefore, I take this principle with a huge grain of salt, I don't dismiss it entirely since there is value in it, but I want to refine it more and that brings us to the next step.

Henri Cartier-Bresson famous quote is "your first 10,000 photographs are your worst"

It's not that different from the original rule or principle first stated by Malcolm Gladwell. But it does it make more personal to you and whatever it is that you're trying to achieve, in this case, photography.

And I cannot be too harsh about it, I completely understand where they're coming from. Principles like these are designed to be broad so they can apply to a large group of people.

But it makes you wonder, why not 20,000 for the magic number? why people modify existing rules and principles to fit their lifestyle. I don't dismiss this variant of the 10,000-hour rule, but I don't fully agree with it either. And that brings us to its final form.

Iteration is what matters, not the hours you put in. or the number of images or paintings you make. Perhaps it sounds like another variant of the 10,000-hour rule, but it's quite different, there's no number anymore

In his book and podcast, Naval Ravikant states:

"Doing encapsulates a lot. For example, let’s say, I want to learn how to run a business. Well, if I start a business where I go in every day and I’m doing the same thing, let’s say I’m running a retail store down the street where I’m stocking the shelves with food and liquor every single day, I’m not going to learn that much because I’m repeating things a lot"

And this is where all the principles and rules previously discussed perfectly align for us creatives, photographers, filmmakers, and illustrators, etc. It's the number of iterations that make us grow.

Iteration is not just repetition or the act of repeating something. Iteration goes beyond that and adds learning to the process. For example:

I mentioned this in a previous video, but that I had to take over 700+ images to get this one right here. It was a great experience that helped me learn and iterate my photography process. However:

That whole experience was just one iteration, I didn't learn some groundbreaking technique with every single photo I took. I didn't drastically improve my technical skills or style with every image.

On a regular day, I'll take around 200 photos, and after reviewing my work, perhaps 10 images are decent, perhaps 1 is good. But I need to examine it in the first place, see what I did wrong, think of ways I can improve, analyze it and learn from failure.

That is the meaning of iteration, taking 200 photos on a single day does not equate to 200 iterations. If you're lucky, 200 photos equate to 1 iteration.

It is possible to take thousands of photographs and learn nothing from them, it is possible to put the minimum effort into something and then feel disappointed when you don't like the results.

Or put a lot of hard work and effort into the wrong thing and also be disappointed as well. Do you want to become a photographer? do hundreds or thousands of iterations, not hours, or photographs, but iterations.

So, that's the most important thing to keep in mind when trying to grow and learn, there are other things I've mentioned before like learning and mastering the technical aspects of your craft, the exposure triangle, shooting in manual mode.

I've made several of those types on videos, and you can watch them right here:

Thousands of iterations will make you grow and get good. How many iterations you ask? I that homework to you.

You can watch this entire post in video form, right here: 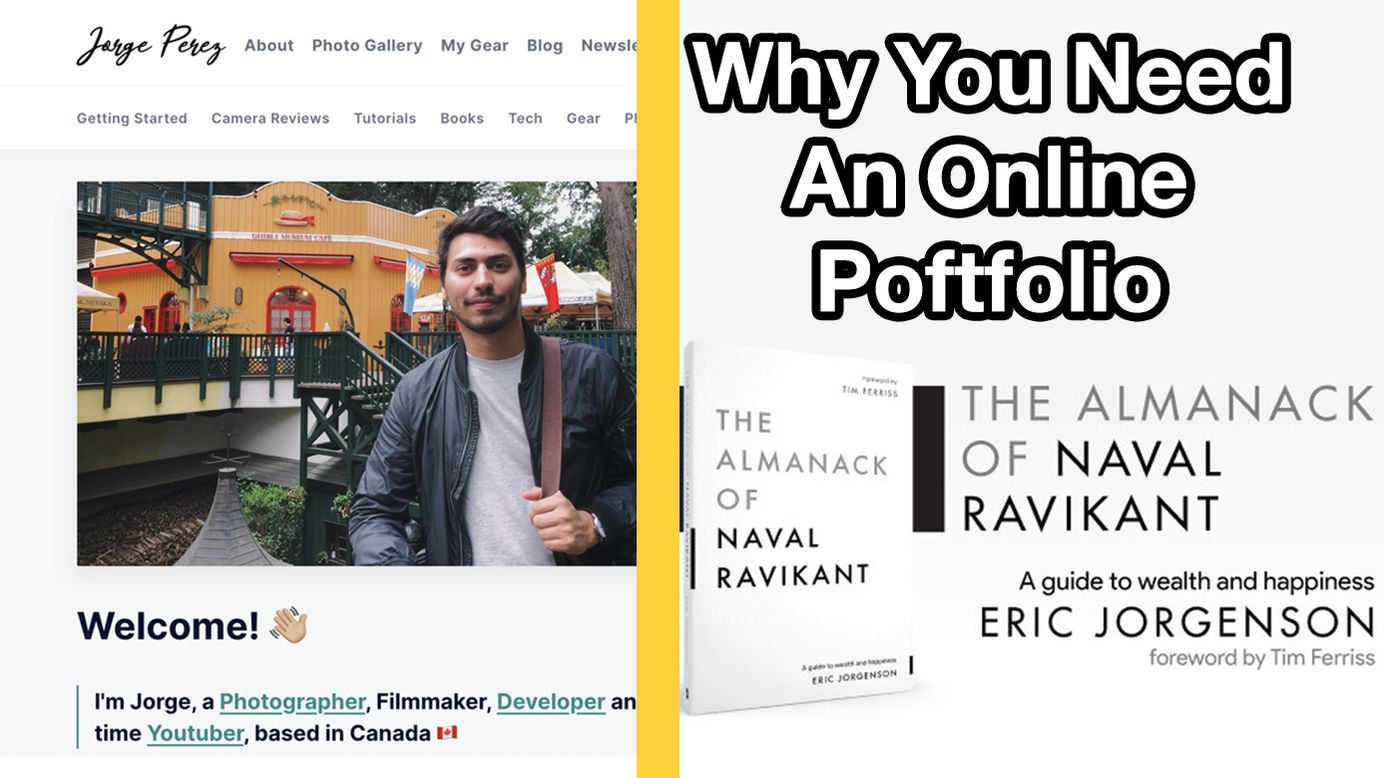 Why You Need An Online Portfolio
Paid Members Public

There’s a lot more to being a photographer & filmmaker than just going out and about and taking photos or filming videos. People like to sell the idea that photographers are buying and reviewing new camera equipment every week and that they spend all their time travelling to exotic 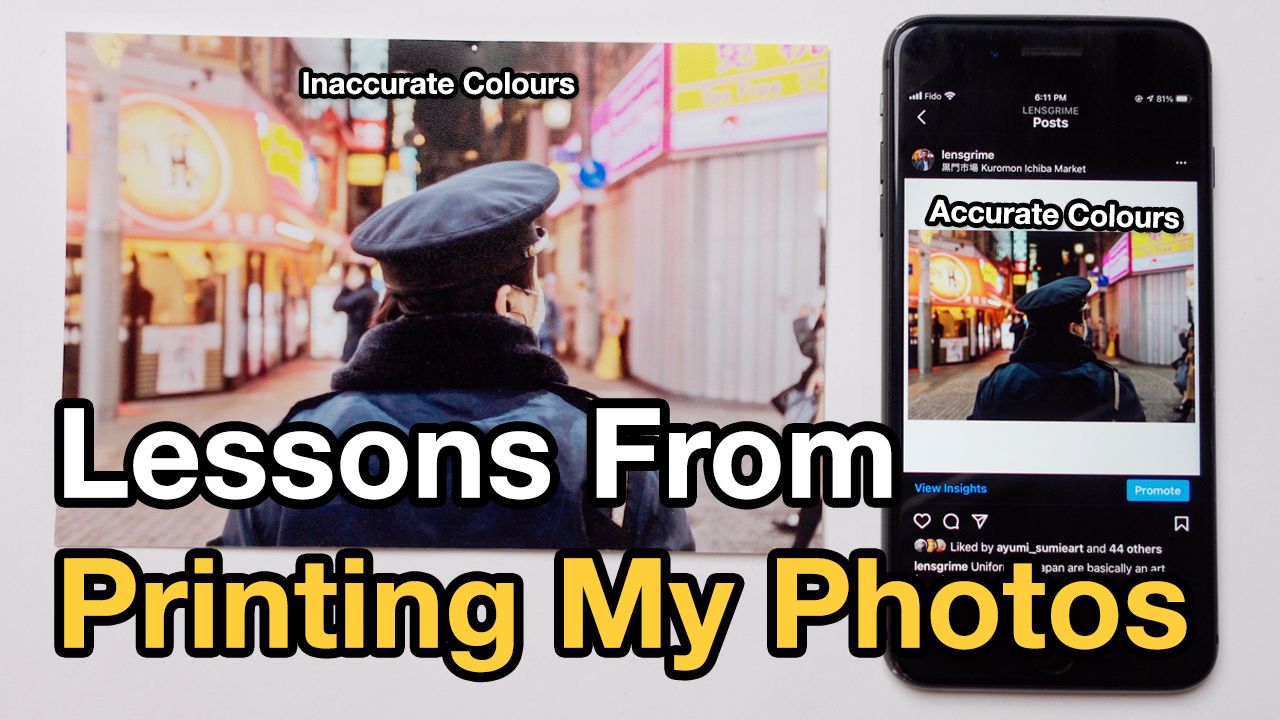 My ultimate disposable camera guide is up! We talk about reasons to use one, which on the get and how to reload them as well! 📸🙌🏼 #kodak #acrosII #disposablecameras
9:49 AM · Nov 19, 2021